Nude Records is one of the most significant and successful independent record labels to have emerged in the last 30 years. Formed in 1993 by maverick music mogul Saul Galpern – who had previously worked with artists like Simply Red, The Fall, Julian Cope, The Triffids, The Slits and Au Pairs – Nude immediately hit The Big Time with Galpern’s first signing Suede, acquiring the front cover of weekly music bible Melody Maker before they’d even officially released any records. The first of these records – a single called The Drowners, released on 11th May 1992 – kick-started the Britpop movement and became NME and Melody Maker’s Single Of The Year – a measure of its cultural impact was that Morrissey began including a cover of B-side My Insatiable One in his live set – whilst follow up single Metal Mickey went Top 20 and the controversial third single Animal Nitrate reached the giddy heights of No.7 and saw the band performing on stage at the 1993 Brit Awards, Needless to say, the band’s eponymous debut long player crashed in at No.1 in the UK Albums Chart in that very same year, the album becoming the fastest-selling debut album since Sex Pistols’ Never Mind The Bollocks.

Suede went Platinum, won the prestigious Mercury Music Prize, the band receiving six Brit Award nominations and adorning over 60 front covers as they kick-started the Britpop movement. Nude Records subsequently masterminded a further four Top 3 Suede albums – including Dogmanstar (named in the Top 100 Albums of all time in the Guardian and still regarded as one of the best albums of the 1990s) and in 1996 Coming Up, which featured five Top Ten singles including Beautiful Ones and Trash . The following year came Sci-Fi Lullabies a double album which made the top 10 and that was hailed as one of the finest B-side compilations in popular music.  In 1999 Suede released there 4th studio album  Head Music another Top 3 album which had a more Electronic approach to the band’s sound.

As Nude Records flourished in the early 1990s – they signed The Jennifers (later to become Supergrass ) around this time and released their one off single Just Got Back Today – along with their proud siblings Suede, they seemed to renegotiate the rules of pop music whilst everyone else just followed. In previous decades, aside from labels such as Rough Trade, Mute and Cherry Red, independent music seemed like something to be sidelined not celebrated and bands were as likely to release EPs as they were to gaze at their feet whilst playing along to their favorite tunes. Strangely enough, being successful didn’t come into it but Nude – and Suede in particular – completely changed all that, redefining the leftfield and calling it mainstream. Without them bands like Oasis, Blur and Pulp would not have existed in quite the same way.

In the mid ‘90s, Nude capitalized on the success of Suede by signing two exciting new indie acts, Sharkboy and Goya Dress. Sharkboy, formed in the early 1990s by Preston-born vocalist/guitarist Avy, came to Nude’s attention after they relocated to Brighton and became firm favorites of Suede’s Brett Anderson. The band’s blend of country, blues and post punk textures – they’ve been compared to My Bloody Valentine and Mazzy Star – conjured up four singles and two albums, Matinee and The Valentine Tapes, the latter featuring Tindersticks’ Dickon Hinchliffe on violin. Goya Dress, formed in Shetland in the early 1990s and fronted by singer/songwriter Astrid Williamson released their only album Rooms (produced by The Velvet Underground’s John Cale)) in 1996 before disbanding in 1998 but Astrid did go on to release her debut solo album, Boy for You (produced by Malcolm Burn who’d worked with Daniel Lanois, The Neville Brothers, Iggy Pop, Peter Gabriel, Patti Smith, Midnight Oil, and Shaun Colvin) later that same year.

In 1996, Nude signed seminal Scottish electro-pop chanteur Billy Mackenzie (whose Top 30 album Beyond The Sun was released posthumously on Nude in 1997 after he’d tragically passed away at the start of that year) and fellow Scottish dark-indie darlings Geneva whose Top 20 debut album, Further (released in June 1997) spawned a headlining NME tour and four Top 40 singles, including Into The Blue, No One Speaks, Tranquilizer and Best Regrets. Geneva’s translucent presence on a rapidly dispersing indie scene proved something of a diversion, however, as whilst all this was going on, Nude had entered a bidding war to sign one of the most extraordinary rock bands to appear for decades. Ultrasound were that rare breed, a delicately nuanced progressive rock, punk, glam pop group – punk Floyd anyone? – fronted by a male singer housed in velour who happened to be just the wrong side of twenty stone. The world tilted on its axis for several spine-tingling moments.

Nude steered Ultrasound through the choppy waters of four single releases – including Best Wishes, Top 30 hit Stay Young, I’ll Show You Mine, If You Show Me Yours and Floodlit World – before the band’s debut double album, Everything Picture peaked at No.23 in April 1999. By the end of the year they’d split, disappearing as rapidly as they’d risen to prominence and Nude licked its wounds and moved on.

In 2000, Geneva released their second album Weather Underground although the year was made all the more memorable by the arrival of Black Box Recorder’s stunning second album The Facts of Life. Black Box Recorder’s debut England Made Me, released on Chrysalis in July 1998, had ruffled some feathers but it took Nude’s unique vision and intervention to recognize the beauty of The Facts Of Life, a record that spat out its title track as the band’s first hit single and spawned their first appearance on Top Of The Pops. After this, Nude released St Albans-based band Lowgold’s debut single The 108 (Single Of The Week in both NME and Melody Maker) and their Top 40 album Just Backward Of Square which sold over 40,000 copies.

Signed to Nude on the strength of a three song demo were Liverpool based sumptuous & wondrous pop band Gloss . Fronted by alluring Icelandic singer Heidrun Anna and together with guitarist Paul Cavanagh the pair met in Liverpool where Heidrun had studied at the Liverpool Institute Of The Performing Arts (LIPA) .  Via Paul came Martin Lynch and Paul Maguire (former drummer with Liverpool faves The Stairs) – whilst Jonas Theis, a classically trained pianist, completed the line-up . They released two singles in the UK – “Lonely In Paris” and “New York Boy” – but their album was only commercially released in Japan in 2002 .

After a prolonged period of reflection, Nude returned in 2005 with the thrillingly zeitgeist Future’s Burning, a compilation album featuring songs from soon-to-be-massive bands like Franz Ferdinand, Bloc Party, Kaiser Chiefs, The Libertines, Razorlight & The Coral. The label then signed Duels – an English indie band from Leeds formed in 2005 – and released their debut album, The Bright Lights And What I Should Have Learned in July 2006. Described by The Guardian as “one of Britain’s most ambitious groups”[1] the album received an 8/10 review in the NME, whist also being rewarded with ‘Album of the Week’ plaudits in The Sunday Times, The Guardian and on XFM.

In 2008 Nude released the debut album by German multi instrumentalist Konstantin Gropper. Under his alter ego, Get Well Soon, the album – entitled Rest Now, Weary Head! You Will Get Well Soon – received huge critical support with comparisons to Sigur Ros, Bright Eyes, Tom Waits, Beirut, and Nick Cave amongst others. Rolling Stone hailed the record as “an impressively superior debut – the arrangements are indeed breathtaking” and it was no doubt this acclaim that catapulted the record into the German, French, Austrian and Swiss album charts. Despite the success of Get Well Soon, however, the album proved to be the last Nude release for some time as the label took another sabbatical before returning in 2016 with a whole host of innovative new signings and a new distribution deal with Red/Essential.

In May 2016, Nude officially announced their re-launch with the release of (ex-Arab Strapper) Malcolm Middleton’s sixth solo album, Summer Of ’13. Skippered by Glasgow-based dance producer Miaoux Miaoux and featuring guest appearances by Beta band/The Aliens founder Gordon Anderson aka Lone Pigeon), De Rosa;s Martin John Henry and First Aid Kit’s Scott Simpson, Summer of 13 kick-started Nude’s latest incarnation in style and heralded a new era of the label’s finely tuned independent status, an era augmented further by the appearance of highly acclaimed singer/songwriter & Mercury Music Prize nominee Lou Rhodes’ solo album theyesandeye. Galpern recognized that Rhodes – one half of hugely influential electronic genre-benders Lamb – had come up with something particularly special with theyesandeye and his instinct bore fruit when some exceptional album reviews began to litter the marketplace: “a welcome, if unworldly, alternative to pop’s prevailing discourse of acquisitive antagonism and automated emotions” screeched The Independent; “truly lovely” exclaimed the Guardian, before hailing a sound emerging “somewhere between Nick Drake. Carole King’s Tapestry and The Wicker Man soundtrack”; and best of all, the Times suggested it was “lovely” (again) heralding this “subtle, thoughtful album, ideal for long summer nights” and a record that was “very pretty with it.” It was enough to make you weak.

The record features a co-write with Michael Lovett (NZCA Lines), a guest vocal appearance from Scritti Politti’s Green Gartside and is described by Charlotte herself as being influenced by her love of science fiction realism. “It’s a break up record, she says, “and my character, Traveller, is on a different planet looking for True Love.”

Nude Record’s latest signing – she is also signed to Nude Music – is Howling Bells’ vocalist Juanita Stein whose debut album America is due for release in the UK this summer. Stein recorded the album with Gus Seyffert (Beck, Ryan Adams) in Los Angeles, and a single, the unashamedly Western-influenced Dark Horse (preceded/accompanied by a Texan road movie filmed when Juanita was performing at SxSW festival earlier this year) provides an exquisite glimpse of what fans can expect from America when it is released . Stein describes America as “an ode to the dark heart of America. Of times gone and times to come. Dusty trails, a whimsical 50s suburbia and the haze of the 1960s. I’ve forever idealised American life – growing up in Australia we were fed the American dream through film and television. The dichotomy between what was real and a dream is forever intriguing to me. The music of Roy Orbison, Dusty Springfield, Lee and Nancy and Patsy Cline all informed my musical sensibilities. They opened up this wide screen universe for me.” Her comments provide an erudite insight into this evocative and beautiful album, a record that Nude is immensely proud to be associated with. And if Nude Records has come a long way in a long time then America showcases what we’ve always known: that great music will always find a home in the arms of nurturing labels like Nude who are as passionate about music as the people who create it. 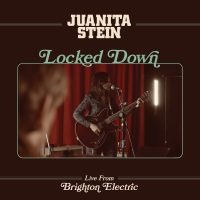