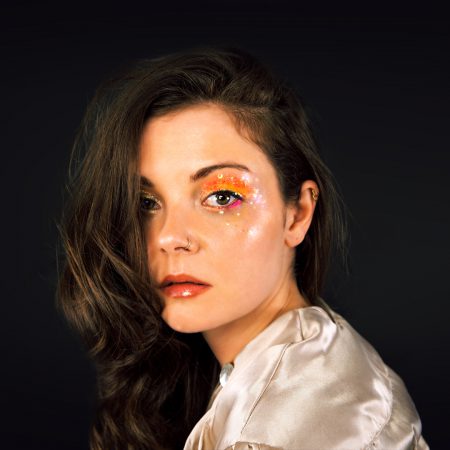 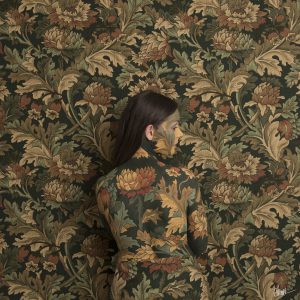 When Stina Tweeddale got home after two years on the road touring Honeyblood’s second album ‘Babes Never Die’ (2016) something terrifying happened. She was haunted. Every night when she went to bed in her own house in Glasgow after living in strange hotel rooms, a woman would come to try and strangle her. “It sounds mad,” she says down the phone from Scotland. “I started having these horrendous hallucinations and night terrors. I wasn’t even sleepwalking, I was sleep running about my house being haunted by this woman who’d come to me in my dreams and try and kill me!”

Stina still doesn’t totally fathom what was going on. But it makes a bit more sense when you learn of Honeyblood’s past year: Honeyblood are no longer a duo. Three albums in, Stina has decided to claim the sole spotlight of she project she started seven years ago.

“I started writing this at home on my own. At first I felt like a bit of a loner,” she recounts of the aforementioned post-tour period. “But once I got used to the cabin-fever, I couldn’t turn back.” Stina and drummer Cat Myers had agreed to some off-time after living on the road, but when Myers took a side-gig drumming for Mogwai, Stina was left with a restless mind and an empty practice space. She wrote. And wrote. Over 30 demos she totals up. “I was isolated in my little house in the middle of nowhere. But it’s funny what happens when left to your own devices.” By the time Myers got back from tour, the album already had a life of its own; a vision that Stina was not ready to compromise.

It makes sense. Honeyblood has always been Stina’s voice. Before it was even a band, or a name, Stina was writing the songs that would form the backbone of the band’s identity. In 2012, she made the duo’s first EP on her bathroom floor. The scuzzy lo-fi roots that ended up in their 2014 self-titled debut. Then Myers replaced original drummer Shona McVicar for ‘Babes Never Die’, a celebrated and notably full-throttled follow-up. This record is a whole other kettle of fish. “It was nerve-wracking,” she says, recalling boarding a flight to Los Angeles on her own. The process, however, was as much about her figuring out what path to take in life as it was about bringing these songs to fruition overlooking Hollywood.

‘In Plain Sight’ was recorded during Halloween season in 2018 with John Congleton [Angel Olsen, Sharon Van Etten, St Vincent] in his LA studio. Congleton was a dream-come-true; a producer who she’d admired for making guitar-based music that didn’t feel traditional. “You make a wish and then it’s like: How the fuck did I manage to do that?” You can immediately hear Congleton’s ability to realise Stina’s wider vision this time. In the past, Honeyblood was tethered to a straight-laced, noise-orientated rock sound. Now freed of a guitar/drums format, Stina is able to invite flourishes of other styles. The dirgey doom of ‘Take The Wheel’, the Depeche Mode moody synth-work of ‘Touch’ and the shuffling ’90s groove of ‘Twisting The Aces’ have created the most diverse palette for her stories yet. Yet classic shouty grrl anthems like ‘Gibberish’ still impact with a familiar fury.

“This album felt like me being left to work out what felt like this giant puzzle on my own,” she says, pondering the lyrical through-threads that make up the album’s mysterious fabric. Reflecting on the batch of songs she’d written, Stina realised that there was a recurrent theme developing around the notion of illusion. Where does fiction end and fact begin? Who is really telling the truth? That notion began with her haunting on ‘She’s A Nightmare’ – something that felt and looked so real but Stina knew it was a figment of her imagination. “It’s all a big trick”, she says. “All the songs fed into this idea of trickery and deception, of half truths.” Hence tales that venture from infidels (‘Touch’), to liars (‘The Third Degree’) to her own self-delusion (‘Harmless’).

“Every move, every song, everything I was doing on this record was new territory,” she says. “I really didn’t know what was gonna happen.” Never one to dwell overtly, the album was the result of a jam-packed nine-day session. Despite its prowess, it doesn’t sound settled. “It was a big jump but a very eye-opening experience. I didn’t want to play off the same tricks I’d used before,” explains Stina.

The artwork was a similarly kismet experience as seeking out Congleton. Delving into the theme that appeared before her, Stina had researched optical illusionists online and found Peruvian visual artist Cecilia Parades. Reaching out to her with zero expectations, Parades, who is based in Philadelphia, was game. “That was massive,” says Stina. “I was blown away by her art. It’s fully painted, there’s no Photoshop. It’s just what you see. She’s a complete badass.” Uncannily Parades’ only opening that year coincided with the same weekend Stina wrapped in the studio. She popped on an interstate flight. For eight hours a day for two days, Stina sat while Parades painted her into ornate fabrics and listened to classical music. “She explained to me how it works. It’s called Visual Empathy; the way that your eye wants to believe that this is real, but when you look at it the pattern doesn’t truly fit with the painting. Your eye makes it fit. It’s a trick.”

Previously signed to FatCat, the re-haul of Honeyblood has also seen Stina enter a brand new relationship with Marathon Artists (home to Courtney Barnett, POND and Jagwar Ma), a natural fit and the right home for this evolution. On ‘In Plain Sight’, Honeyblood has faced fears and abandoned status quo. The piano anti-ballad ‘Harmless’ is an intentional end. It’s about owning up to your own faults and hiding behind a tough exterior to mask your vulnerabilities. In Honeyblood, Stina has boldly tackled the next chapter of her journey alone, and in the shifting sands she’s found new textures and possibilities. “I was petrified before going to record the album because what if I’d made a terrible record?” she asks. “I know I’ve done myself justice. I’ve made something I’m really happy with and I’m just itching to get going now. From now on this is how it’s gonna be.” 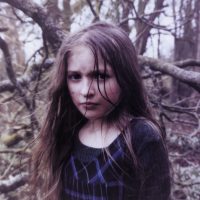