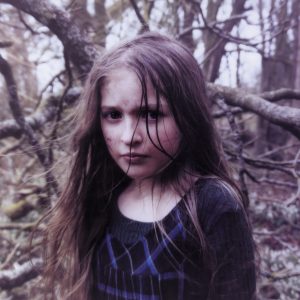 “Babes Never Die sees the band refine the distorted fuzz-rock sound of their early DIY years… By turns menacing, defiant and triumphant, there’s more than enough here to keep them ahead of the pack.” – The Guardian – 4 Stars ****

“A spectacular follow-up to their 2014 debut, Babes Never Die is Honeyblood’s second startling bid for immortality. Once again, rip-roaring vocals chow- down on some truly ginormous hooks… Ready For The Magic and Sea Hearts are rocket rides to the heart of God’s indie-pop jukebox” – MOJO – 4 Stars ****

“These are songs of emotional triage splintered with killer riffs… a crunchy mix of bubblegum and sandpaper.” – The Guardian

“Scottish punk duo Honeyblood had a stellar string of one-offs after their self-titled 2014 debut, and today they continue the streak with the fun, frenzied “Sea Hearts.” A muted 4-bar lures you in before they sucker punch you with plenty of fuzz and lyrics about “sipping tequila after dark.” The song then dissolves into a more rhythmic earworm hook, and it all exudes the carefree, playful audacity that we’ve come to expect from the band.” – Stereogum

“Honeyblood have upped their anger and returned a dazzlingly fearsome act.” – NME – 4 Stars ****

“This fuller-throttle follow-up represents an evolution… Their tunes are so good they deserve a place at pop’s top table.” – Metro – 4 Stars ****

“A call-to-arms… Honeyblood’s second outing is a delicious face-punch of a record, running amok in the best way possible.” – DIY – 4 Stars ****

“This is an assured step forward in every sense – Honeyblood are back from the brink and there’s a new sting in their tail.” – The Line of Best Fit – 8/10

“Indie rock with killer melodies. Their second record is exuberant and defiant in equal measure.” – GQ

“It’s fuzzed up, 90s-indebted indie rock that’ll make you wanna mosh and destroy stuff and do shots and headbang and run real fast and ride your bike with your hands nowhere near the handlebars.” – Noisey

“Taking no prisoners, it’s a punchy, sharp-elbowed return, fuzzed-up riffs barrelling their way straight back into the spotlight.” – DIY

“It’s a taut, snarling return, heavy on the distortion yet still displaying the crisp, exact songwriting that made their debut such an immediate pleasure” – CLASH

“The Scots duo’s second album is as harmonious as it is heavy-hitting. Like if Kate Bush joined Metallica”- NME

“A robust new offering rammed with grit and confidence.” – The Line of Best Fit

“”Sea Hearts” hits like an endorphin rush. Tweeddale’s guitar is fuzzy grunge fun, her melody is as catchy as a pop song, and drummer Cat Myers provides both pep-squad harmony and a crashing wall of drums that give the song precisely the havoc Tweeddale imagined.” – Bitch Media