Sin Is Crouching At Your Door (Single) 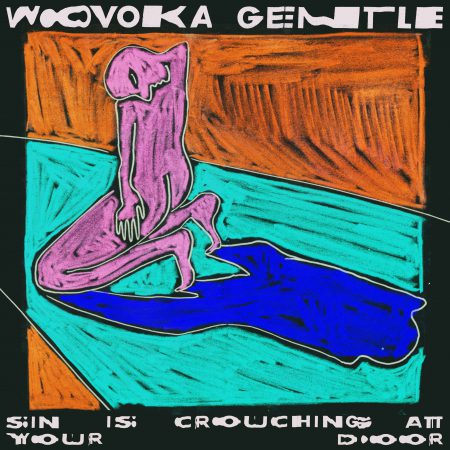 Today, after releasing singles ‘1,000 Opera Singers Working in Starbucks’, which was included in the official soundtrack of FIFA 19, and ‘Peculiar Form of Sleep’ at the end of last year, Wovoka Gentle share a new track from their upcoming debut. Of ‘Sin is Crouching At Your Door’, a psychedelic piece of cinematic experimental pop, the band say : “It could maybe be seen as the soundtrack to a sense of dread, a sense of being out of control. Tuning all the strings of your guitar to D and thrashing as hard as you can to try and regain the feeling that things can make sense. You then look within yourself, though, only to find desolation and destruction disguised as creativity; the metropolis has been bombed by individuals, and the only escape hatch down below leads to the middle of the waste land. Hopefully you don’t end up where you began.”

Listen to ‘Sin Is Crouching At Your Door’ here and on SoundCloud.

The track comes accompanied by a video directed by Lies Scheps. The director said: “Working on this video with Wovoka Gentle, it was the song’s build up of energy that immediately drew me towards it. As we all loved the idea of working with a dancer to emphasise this energy, we brought in choreographer
Franka Marlene Foth to work with us. The band and I share a love for colour, so we turned the video into a playful outburst of colour and movement”.